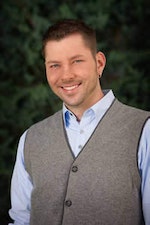 Jonas has witnessed The Pattie Group grow and change throughout his entire life. The company’s mission, values, and ideals were created in front of his ever-watchful child eyes and have been deeply rooted into who he has become. A Pattie childhood was loaded with days on the job site, evenings sitting on mom’s lap while she designed, trips to nurseries, client meetings with Dad, and watching the total creation of a landscape project from start to finish over and over again. The beautification of the environment, proper design techniques and the ability to create dynamic outdoor spaces is a skill Jonas has been studying his entire life. He is well known for his passion, innovation, creativity, and detail that permeate his designs and projects, and, as a result, no other Project Director has presided over as many state and national award-winning projects as he has over the last 15 years.

Jonas has his degree in Landscape Design from Columbus State, and in 2009 he became one of the youngest in the nation to attain his national “Certified Landscape Professional” certification. He oversees The Pattie Group’s marketing efforts, supervises the Project Development team and is one of the senior driving forces within the company. Like his father, Jonas has been featured or sought for commentary in countless national and local publications and has appeared five times on WJW Fox 8 Cleveland's "Kickin It With Kenny" segments. 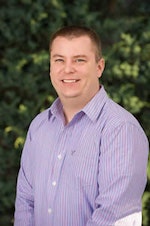 Brian, a second-generation Pattie, grew up surrounded by The Pattie Group’s beauty, creativity, and fine sense of business. At the age of 14, he officially joined the team and has held numerous positions throughout the company since. Currently, Brian is responsible for our entire field operation company-wide, has served in almost every capacity in the company and helps manage and chart the ongoing direction of the company. In addition to The Pattie Group, he co-owns with his brother Jonas The Pattie Group’s sister company LandsKeepers which offers landscape maintenance for commercial properties. Brian graduated from Baldwin Wallace University with a Bachelor of Arts degree in Business Administration. He serves on the Advisory Board for The Auburn Career Center and is a Green Industry Teaching Assistant at Auburn Career Center Horticulture Program. Brian is an Industry Certified Landscape Technician in Softscape and Hardscape and is an active member in NALP, BOMA and Play House Partners. 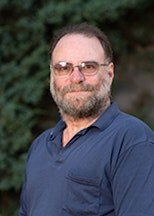 Chief Operations Officer / Director of IT

Frank has been a part of The Pattie Group since 1989, when he started as an installation foreman. He has worked his way ‘up the ladder’ to become a vital part of the team. Not many decisions are made within the company that Frank is not a part of. He has been critical to the ongoing development of our highly skilled, efficient, and downright incredible field staff. His responsibilities include daily field operations, equipment and supplies, scheduling, staffing, training, as well as procedures and company policy. Frank is also responsible for every aspect of The Pattie Group’s IT functions from simple daily fixes, and building new PCs, to directing the development of major programs and software we use every day. Frank attended Gates Mills Horticulture Technical School as well as Cleveland State University for Horticultural Science and Turf Grass Management. He is an Ohio Landscape Association Certified Technician and holds certifications in low voltage lighting, retaining wall systems, project management, and irrigation. 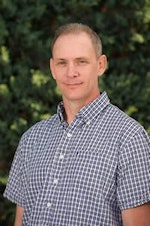 Exceptional doesn’t even begin to describe the talent and knowledge that Ed Godfrey provides our team and our clients. In his nearly 20-year career with The Pattie Group, Ed has held many positions including Designer, Project Manager and Estimator. As Director of Project Development, Ed manages our design, planning and estimating work. There is not a single project done by The Pattie Group which Ed is not involved in planning. His wealth of knowledge and experience in all facets of design and construction assure our designs can be realized, our installations executed with precision and forethought, and our estimates accurate. Ed’s logical approach and ability to value engineer projects helps to save money for The Pattie Group and our clients. Ed has a B.S. in Landscape Architecture from The Ohio State University, national Certified Landscape Professional (CLP) designation and is an Ohio Certified Nursery Technician (OCNT). Ed resides in Orwell with his wife and their three children in a home he built himself. 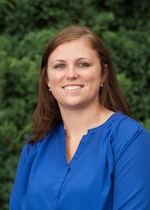 Jessica is the Director of Marketing & Human Resources at The Pattie Group. She also handles some IT along with supporting the administration team. With a B.S. in Marketing Management and a minor in Entrepreneurship from The University of Akron, the company and the position were a perfect fit for Jessica. She has a passion for everything related to marketing and business. Jessica prides herself on being organized and persistent when it comes to accomplishing tasks. She has always loved the outdoors and growing up in the country afforded her many different experiences. She applies those experiences to not only her everyday life but also the work she does at The Pattie Group. 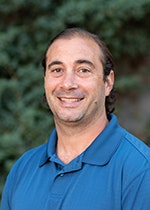 Steve began his journey with The Pattie Group shortly after high school in the spring of 1999 and has become one of our most knowledgeable & experienced staff members. He has held many roles within the Landscape Management Division gaining vast amounts of different experience and continuing to grow his skills and value to us and our customers. Currently, Steve holds two key roles in our company: Steve is our Lawn and Plant Health Care Coordinator overseeing ongoing fertilization and pest control services company-wide, as well as serving as Garden & Property Manager to numerous long-time customers. He also serves as our team’s leader for the ongoing stewardship of clients’ green properties and has made it his personal focus to integrate organic, environmentally-friendly products in our programs whenever possible. Steve is a Landscape Industry Certified Technician in horticulture, turf maintenance and ornamental maintenance, is extremely knowledgeable in the care of water features and irrigation systems, and holds his Pesticide Applicators License from the State of Ohio.